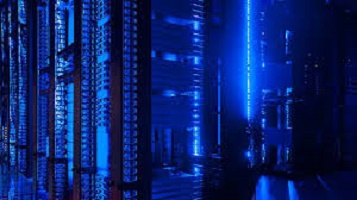 Can the Northern Virginia Data Center Continue to Grow? During the late 1960s, the U.S. Government began experimenting with fiber optic networking. It was Northern Virginia’s low-latency connections to the national fiber network backbone that positioned the area as the top market for network peering serving some of the world’s largest telecommunications firms. Over the last fifteen years, Northern Virginia has continued to evolve into the largest cloud and colocation data center market in the world.

As technology becomes more prevalent in everything we do, the need for growth is inevitable. Market research clearly shows that an increase in use of social media, and online streaming currently drives consumer demand. In the corporate environment, increased demand can be attributed to the shift from private servers to cloud-based solutions, and the increase of Internet of Things (IOT) deployments. Around 95% of all businesses today are using the cloud to some degree.

In order to remain successful, electronic manufacturers and cloud service providers are expanding even more to accommodate the enormous amounts of data being collected and consumed. Several cloud providers currently operating in Northern Virginia have already predicted that they will need to triple their infrastructure by the year 2020.

Northern Virginia Data center inventory levels continue to rise to meet growing demand and nearly every MegaWatt of capacity that is constructed is occupied shortly after it is commissioned.  Growth in Northern Virginia, especially Ashburn, VA is expected to continue throughout the rest of the year despite the high cost per acre, which currently sits around $1.2 million.  Some predict that the explosive growth in the region will continue at least through 2022.

As demand rises and needs change, we’re starting to see a trend of building up, vertically, as opposed to building out. Multi story data centers are becoming more common as leaders in the industry attempt to save space, while accommodating changing demands. By building up, large companies can pack more servers into the same real estate footprint.

Demand for increased IT resources and managed security services is at an all time high. This demand is matched by an increased need for higher efficiency, cost savings, and reduced environmental impact. Companies must adjust if they wish to keep up with changing demands.

With all this growth, it would appear that Northern Virginia will remain at the top of the data center rankings nationally, and possibly globally, for years to come.

What Type of Flooring Should You Put In Your Home?