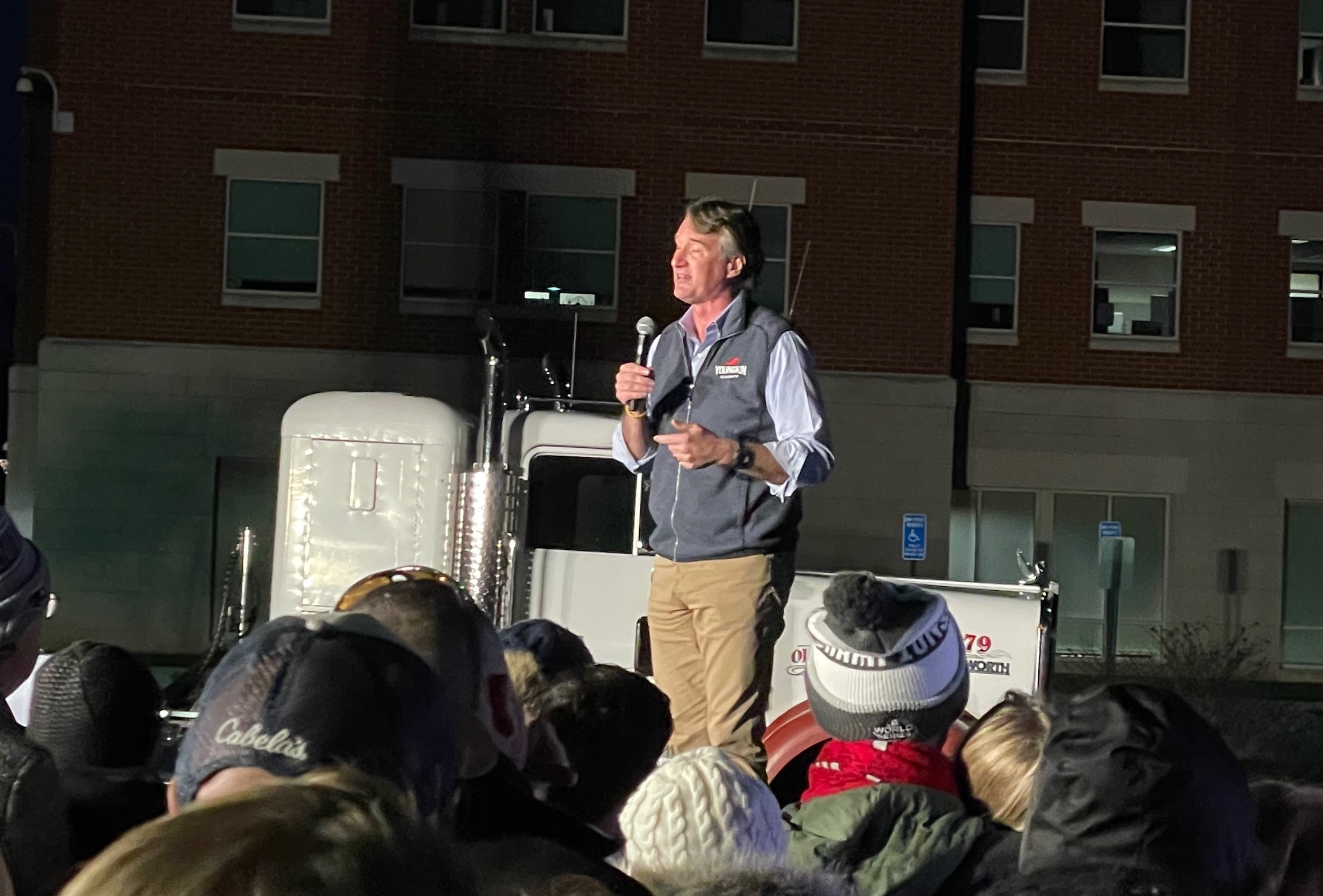 On Saturday Nov. 13, Governor-Elect Glenn Youngkin hosted a “NOVA Thank You Rally” in Ashburn at the LCPS Administration building at 4:30pm. Hundreds of supporters were there to greet the Governor-elect.

Youngkin told the Loudoun supporters that “you all started something right here, it spread across the commonwealth and across the nation. Then Virginians stood up and voted and made a statement”.

Youngkin took 44% of the Loudoun vote which was an increase of 6,618 compared with 2017 gubernatorial election as per the Washington Post. Loudoun County became the frontline battleground for the Virginia election. Loudoun County School Board meetings helped Republicans make gains across the state. Republicans flipped the House of Delegates, picking up crucial seats to end Democrats’ two-year 55-45 majority in the lower Virginia chamber.

Youngkin reiterated his campaign promises, such as increasing charter schools to give students and parents more choice in their education, adding more jobs in Virginia and saving Virginians on taxes.  Youngkin went on to call state that he wants to be known as the “education governor”.