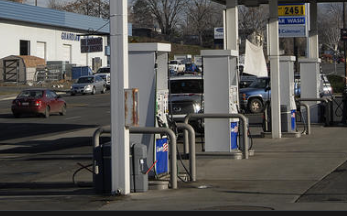 A gas station in Loudoun County, Virginia, will pay more than $6,500 in restitution to settle a price-gouging claim from last year.

Attorney General Jason Miyares’ office said in a statement that West End Motors, in Lovettsville, was accused of raising prices in response to the state of emergency declared May 11, 2021, after a cyberattack led to the temporary shutdown of the Colonial Pipeline, which supplies gas to much of the East Coast.

From May 11 through May 14, Miyares’ office said, West End Motors raised their prices an average of 20% to nearly 24% over what it had been charging in the 10 days before the declaration of emergency by then-Gov. Ralph Northam — to highs of $3.51 for regular and $3.99 for premium.

“I am pleased that my office reached an agreement that will make restitution dollars available for affected consumers,” Miyares said in the statement. “The Consumer Protection Section at the Office of the Attorney General will continue to fight for consumer rights and investigate complaints of alleged price gouging during states of emergency in the Commonwealth.”

If you bought gas from West End Motors on May 11, 12 or 14, Miyares’ office said, you should contact his office by calling 800-552-9963, emailing consumer@oag.state.va.us or using the Consumer Protection Division’s online complaint form.

George Mason Liberty Gas in Arlington agreed to pay more than $7,000 in fees and restitution. Exxon at the Glen in Lake Ridge will pay nearly $3,000.

How to Prevent Ice Buildup on Your Roof