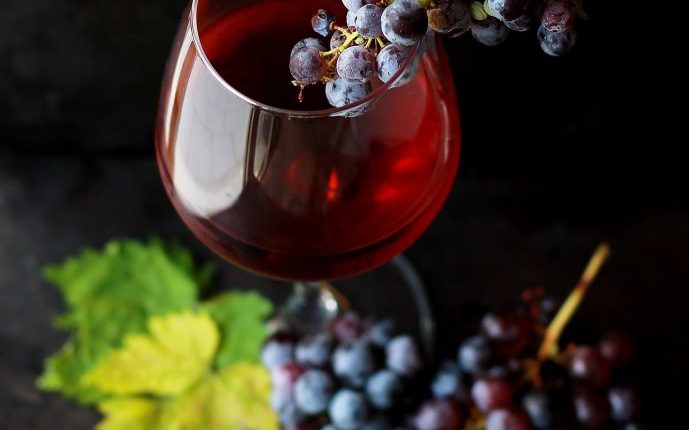 During our weekly edition of “A Taste of Breaux”, Breaux Vineyards was pleased to welcome Richard Leahy, author of Beyond Jefferson’s Vines. We spoke with Richard about the history of Virginia wine while we sampled Breaux’s 2015 and 2016 award-winning Meritage blends.

The foreword of Richard’s new book was written by Steven Spurrier, the Englishman who put California wine on the map and inspired the movie, “Bottle Shock”. At a 2012 Virginia Wine Summit, Steven spoke about how Virginia was his new favorite North American wine region. Like many of us, Steven feels that Virginia makes wine that makes you want a second glass.

Beyond Jefferson’s Vines – The Evolution of Quality Wine in Virginia

A lifelong Virginia resident, Richard has been following the evolution of Virginia wine since the mid-1980s. He released his first edition of Beyond Jefferson’s Vines in 2012 and his second edition in 2015. Since that time, an astounding 100 new wineries have opened in Virginia. In order to limit the number of wineries mentioned in his newest edition, Richard focused on those that have received gold medals in the past four years and silver medals in the past two. Despite increasing competition across Virginia, Richard found that Breaux Vineyards continues to hold the bar for high quality wines.

Interested parties can purchase Richard’s new book from Amazon, our website, or at our event on June 20th, 2020. Richard will be at Breaux Vineyards from 1:00pm-3:00pm. We encourage all Virginia wine lovers to visit the winery and have their copy of Beyond Jefferson’s Vines signed by the author. While attending the event, make sure to pick-up a bottle of our 2015 or 2016 Meritage.

Crafting the Perfect Bottle of Meritage

Breaux Vineyards’ 2016 Meritage is meticulously crafted from 57% Merlot, 19% Cabernet Franc, 18% Petit Verdot, 5% Cabernet Sauvignon, and 1% Malbec. This wine contains absolutely no residual sugar. Because of different ripening schedules, the grapes used for this red blend were harvested between September 26th and October 15th. This wine has a nice lightness and a hint of cherry. While the oak is definitely there, it doesn’t overwhelm the wine at all.

Our 2015 Meritage contains a blend of 50% Cabernet Sauvignon, 25% Petit Verdot, 23% Cabernet Franc, and 2% Malbec. The Cabernet Sauvignon gives this red blend contrast and makes it a little heavier than our 2016 Meritage. This wine has and will continue to age very well.

Are Your COVID-19 Business Losses Covered By Insurance?

The NOW Massage Is Coming To Ashburn

What Is a Vertical Wine Tasting?